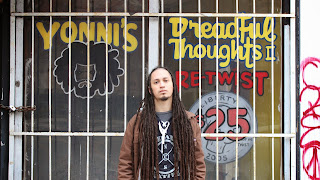 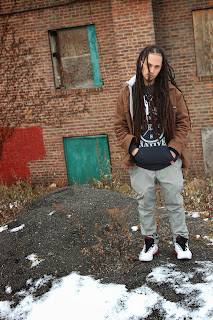 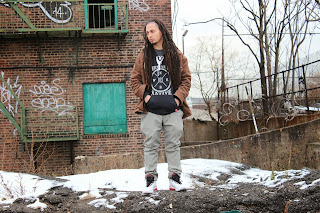 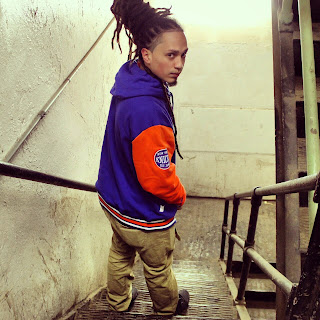 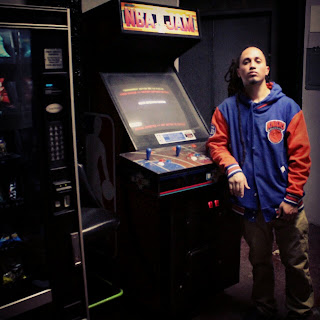 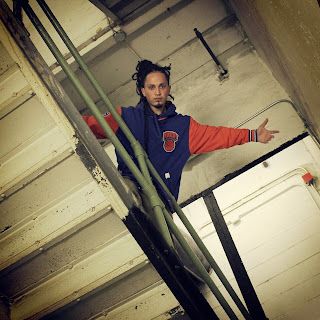 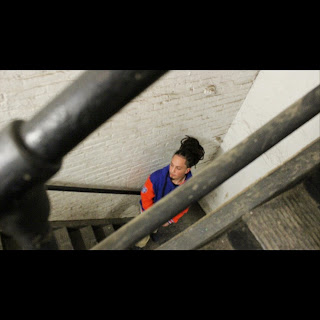 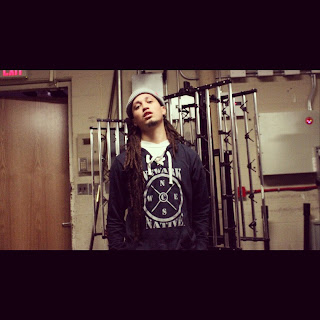 Shop Newarknative.com
Posted by 2-Tone at 3:53 PM No comments:

Video I shot and edited for Luna Lounge in Linden, NJ

Contact me for work. bc2tonebooking@yahoo.com
Posted by 2-Tone at 9:20 PM No comments:

Shoot from a week ago.

I did the sound engineering in my studio as well. This is one of my best friends. Check it out. #eastcoastconnection
Posted by 2-Tone at 5:32 PM No comments:

filmed and edited by me.. bc2tonebooking@yahoo.com to inquire or contact me on any social media site.
Posted by 2-Tone at 4:36 PM 1 comment:

Magisto was used to help edit the video.. All live footage was from my phone.. how cool.. edited by bc2tone mixed by bc2tone
Posted by 2-Tone at 2:33 PM No comments:

Sounds of the Chill Pt. 3

Bar Pong Video Edited By Me

Contact me if you would like video work done for an event.
Posted by 2-Tone at 5:42 PM No comments:

My first DJ mix. Sounds of the Chill

electronic, drum and bass, bust mostly hip hop/underground. HMU for ideas. I am still practicing..
Posted by 2-Tone at 2:30 PM No comments:

My Favorite Mixtapes in the Last Couple Years [Part 1]

[Curren$y: New Jet City, Verde Terrace] Every tape and album he drops is a gem. Pilot Talk 1/2, and Jet Files are some of my favorite albums of all time. This guy mixes syllables very well. His lazy flow and nonchalant showing off of how G he is and how cool his cars are is done in a way like not many of today's rappers do it. He is also overall a cool guy with a deep appreciation of classic hip hop as he drops allusions for rappers like Biggie, Pac, Ice Cube, Jadakiss, and more. On these two projects his beats are a little more hyped than usual. It works. Check it out. [Danny Brown: XXX] This mixtape is so honest and his 2 different voices are a great fusion to make this tape unique. 30 is such a circus type beat but it shows the passion and struggle he had on the come up through his voice. This tape is a great segway into his dope album titled "Old". If you feel a little dirty, confused, or feel like trashing stuff after or during listening to this then good. [Da$H: Cave Man Files] This tape is another honest mix that incorporates the feelings of being high and confident as well as having a chip on his shoulder but for good reasons. Name Tag is the intro that has a positive feel to it then we get to tracks like Apache where he shows he can also be on some "fuck you" type of stuff. If you feel like riding around feeling like a young disresepectful G to some very unique beats then this is the tape for you. Although he has been on some shit once in a while, his music is on still point and he is from Jersey. [The Weeknd: House of Balloons] This guy actually made me like hearing songs with singing in them. His lyrics are underrated as well. When his beat switches in the song titled Glass Table Girls he says "'I heard he do drugs now'/ You heard wrong I been on them for a minute/ We just never act a fool/ That's just how we fuckin' living/ And when we act a fool/ It's probably cause we mixed it" Something about that honesty throwing it in your face is so cool to me even though I do not think drugs are very cool to do, but for an entertainment value and to demonstrate his "idgaf" attitude like it is nothing amazes me. Weeknd > Drake anyday. This guy truly stands comfortable where he is at and does not give the impression that he has a character to prove to the world. He is just the... the Weeknd. the beats and sound to this tape are best to be heard while blasting and making love to your lady or a girl you just want to have a good performance for (lol). [Flatbush Zombies: BetterOffDead] The only thing that annoys me about this album is their goal to show off they do different drugs or better weed than the common folk. For example when Juice (one of the three members of Flatbush Zombies) is having a skit on a the phone with a guy that only has 5 dollars to offer is a bit immature or unneeded. However, their fusion of 3 very different voices and flows and beats that always make you think "damn, I recognize this sample. I can't pin my head on it. But it's fire". They seem to have a real grip on how they feel about society and it makes you really think outside the box, while still getting that fun/tripp feel. Mraz is the standout track of the tape in which they use an old school Lil' Wayne line for the hook as well as tracks like Minephuck, Nephilim, Bliss (a song to make you say not to take life to serious, which is good for someone that is obsessing over the little things in life, but for a person that already doesn't care about stuff it might turn them into a zombie). I am exaggerating but just check it out. Beast Coast will appear a lot in the following "Favorite Mixtape" post. [Robb Bank$: Calendars] This young man contradicts himself a lot. IDK if he is letting his hair lock naturally or if he is in between her legs just getting a retwist. Besides that and the redundant hate for the ASAP mob this mixtape is another lyrical piece that'll make you feel like you own your shit. This young man is Shaggy's son, which may have helped him get a head start whether he admits it or not but regardless there is something special about this kid in how he has a very unique punch-in flow, with anime references, the honesty in wanting to finger girls in their period, and just overall being a g through each relationship he has with a girl as he frequents throughout the tape. I will put "tha city" as an honorable mention tape for this kid but there is something special about Calenders with his cloud rap style that incorporates familiar beats to beats from producers like Clams Casino. (Part II on 4/23) I have to catch up to more recent tapes! I know! Denzel Curry, Nipsey Hussle, Childish Gambino, Smoke DZA, ASAP Rocky, Big Sean and Asher Roth (7 of 10 rappers to check out next week)
Posted by 2-Tone at 1:56 PM No comments:

Lost: And I am Very Tempted is now here

Download Mixtape | Free Mixtapes Powered by DatPiff.com
Datpiff has it first. It was fully mixed by me. All tracks except circus, areopagitica, and eagle eye were recorded with my mic. Check out the sound bits used, and how crafty certain sounds were manipulated for your ears. This is a diverse and unique project. It is not intended to sound like anything you have heard before.
Posted by 2-Tone at 7:52 PM No comments:

Random footage from when I am playing with the cam app on my phone with a leak snippet from upcoming work. HQ audio version coming on the tape "Lost: And I'm Very Tempted" in early 2014. Beat produced by Canis Major.. full version includes an alternate beat at the end which is also using the same Crystal Castles sample.
Posted by 2-Tone at 7:54 PM No comments:

Why I make the music I make (Abstract)

I posted so many dates for when the release of my next tape is and... well I still never released it. I keep coming up with new ideas and continuously second guessing then liking some of my tracks again. I am still mapping it out. The purpose of the tape is to make you think about certain things in a different light while still taking you through this odd experience of being lost. I do not conform to the typical rap style that is heard today and it is not because I do not like it, but I feel that if it is being done already then why would I want to do it? Sure, I may have some short term success for being aesthetically pleasing to listen to at the moment, but in the long run I would feel like a sell out for creating gimmicky music that does not age well. If the music is real to you, then by all means go for whatever you please. If your objective is to strike a lot of hits by making something repetitive then I can almost guarantee that you will be in and out.

I even feel like Chief Keef is original in some aspects. I am sure I would hear a lot debate and heat for saying that, and I am sure I would agree with some of the opinions too, but still, I am talking about being different. He gives a sense of authenticity in his music that has led to a lot of Chief Keef wannabes and extremely horrible music... which I feel is a shame and should not be accepted into hip hop. BE ORIGINAL.

Hip hop is a circus. We need all of these different rappers or characters in it. Play your role, stick with it. That's what I am doing. Make music for yourself and that you are proud of. If it works, then it works. If it doesn't then maybe poetry or music is not for you. Well, all of the above reasons touch on a few things and also subtly explains why I make the music I do. No overused punchlines with a little twist. No saying a bar then a word after to make it a punchline. No tumblr antics to make me seem like a cool druggie. I just do me... The guy that is either extremely shy or super confident. The guy that knows how to have fun but will still be open to give a political opinion and also be open minded enough to try to understand yours. We're all lost in this world sometimes.

I'm not by any means preaching in this tape. The preaching is very annoying because not everybody has to believe what you believe in. Shed some light on it and maybe people will pick up on it. I just want us all to be thinkers of some sort.

Well... I have to get back to my music. I am trying to develop a solid sound for each song. This is a craft. In the meantime.. I am hoping that you all are working hard, spreading love, learning, being creative, and turning up.